One of the most trusted travel websites out there, Tripadvisor, released their annual list of destinations to visit on the 5th of May 2011.

Number one on the list is Cape Town, South Africa! This is great news for Africa and might have a lot to do with the fact that the World Cup was hosted in South Africa during 2010. The whole world was able to see that South Africa, and in fact most parts of Africa, is tourist friendly and cheap to boot. With beauty and variety around every corner, what's not to love! Cape Town specifically is a city filled with hidden treasures. Yes it is beautiful, Table Mountain is a majestic sentinel, but once you start scratching at the surface you will see all the delights that lie at the foot of the mountain. When friends from the UK came to visit recently, I was delighted and proud to show them around the Mother City.

At number two we have Sydney, Australia, g'day mate! Sydney Harbour and the Sydney Opera house are more than enough reasons to visit this diverse city. There is so much to do, you can chill out on Bondi Beach or shop till you drop in the Rocks District. With a great climate you must be sure to visit all the fabulous beaches and have a go at walking across the Harbour Bridge. 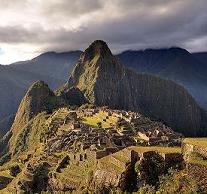 Number three on the list is Machu Picchu, Peru's most visited site and rightly so! Built during the 1400's and famously known as the "Lost City of the Incas", Machu Picchu was declared an UNESCO World Heritage site in 1983. The site is built on incredibly steep slopes high up in the mountains and is surrounded by dense rain forest. For the very fit and healthy, there is the challenging Inca trail. Since visitors have been limited to 500 a day to limit damage, you will need to book way in advance.

A return flight from Dubai to Lima, departing on the 1st of June 2011 and returning on the 22nd of June 2011, was priced at 10 425 AED, prices subject to change. You will also need to take into account the trip from Lima to Cuzco to get to the site, a journey of about 1 100 km.

At number four we have Paris, France, the city of love and romance! I can personally testify to the grandeur of this city, absolutely breath-taking and packed with history, I mean, the French invented democracy! Strolling down Champs Elysees after sunset is a must, as is staring down the assistants in the fabulous boutiques! A patisserie on every corner and a museum on every second corner, what more could you want?

Number five is reserved for Rio de Janeiro, Brasil, carnival capital of the

world! Carnival is held during early March, so if you want to go next year, you have to book soon! As a tourist, you will be allowed to participate with one of the samba schools by paying ($500 – 750). This money will go towards your costume and other people who can't afford their own. Outside of Carnival, you can visit the famous Copocabana, Ipanema and Leblon beaches. Two other sites not be missed is "Christ the Redeemer" and Sugar Loaf mountain.

At Number six we've got the Big Apple, New York, United States of America! Probably the most famous, filmed city in the world, New York can do no wrong. The shopping alone is worth going for, just go with the clothes on your back and buy a suitcase when you get there! With about 800 different spoken languages, NYC is one of the most linguistically diverse cities in the world. You can probably only imagine all the different types of cuisine on offer. A nice fresh bagel with cream cheese while strolling through Central Park, well that sounds like my kind of stroll!

Lucky number seven goes to Rome, Italy, the Eternal City! I was lucky enough to visit this 2000 year old city a few years ago. I tossed a euro over my left shoulder into the Trevi Fountain, this means I will return one day! The ruins next the massively impressive Coliseum was particularly telling of the way things used to be in Rome. The food and history makes for a heady mix of culture and gluttony. You will have a fantastic time, guaranteed!

Eighth place goes to London, UK, one of my favourite cities in the world! I lived in London for 7 years and I haven't even seen all there is to see! There is almost too much to do! You're able to visit all the museums and galleries for free, an absolute bargain! There are many beautiful gardens and parks to enjoy during the summer and long walks on the crunching, icy sidewalks during the winter. If you're very lucky, it will snow. The whole city turns into a winter wonderland with strangers' smiles lighting up the gloom. I still miss it. Trafalgar square lit up with billboards is a scene you will remember and you can try and rub shoulders with royalty at Buckingham Palace. 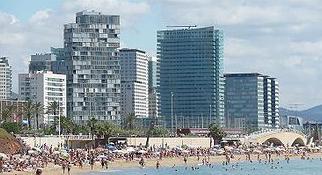 Number nine on the list is Barcelona, Espana! This city is famed for its friendliness and amazing architecture designed by the famous Gaudi. A visit to Barcelona is incomplete if you haven't visited Guell Park, kids will love it too! On my visit there, I was unable to squeeze it into our hectic schedule and I still regret it to this day. Mercat de Sant Josep de la Boqueria, situated on Las Ramblas, is jam packed with delicious salamis, cheese, fresh seafood and warm bread. My favourite part was sipping a chilled glass of sparkling wine and enjoying a massive plate of tapas, delicious!

Last but not least on the list of ten (there are 25 destinations in total), is Hong Kong, affectionately known as "Honks" by expatriates. With human occupation dating back to approximately 35 000, the history of Hong Kong is rich and fascinating. This industrious city used to be part of the British Colony and this is evident in some of the English names such as Victoria Peak, Stanley Market, and Aberdeen Harbour.  A definite must see as recommended by a friend of mine: Go on the Ngong Ping 360 cable car to visit the Big Buddha and Po Lin Monastery. The views are breath-taking!? It's a very exciting city and it never sleeps or waits for anyone, plus the shopping is guaranteed to leave you out of pocket very quickly.

↑Back to Top↑
blog comments powered by Disqus